What Artificial Intelligence IS 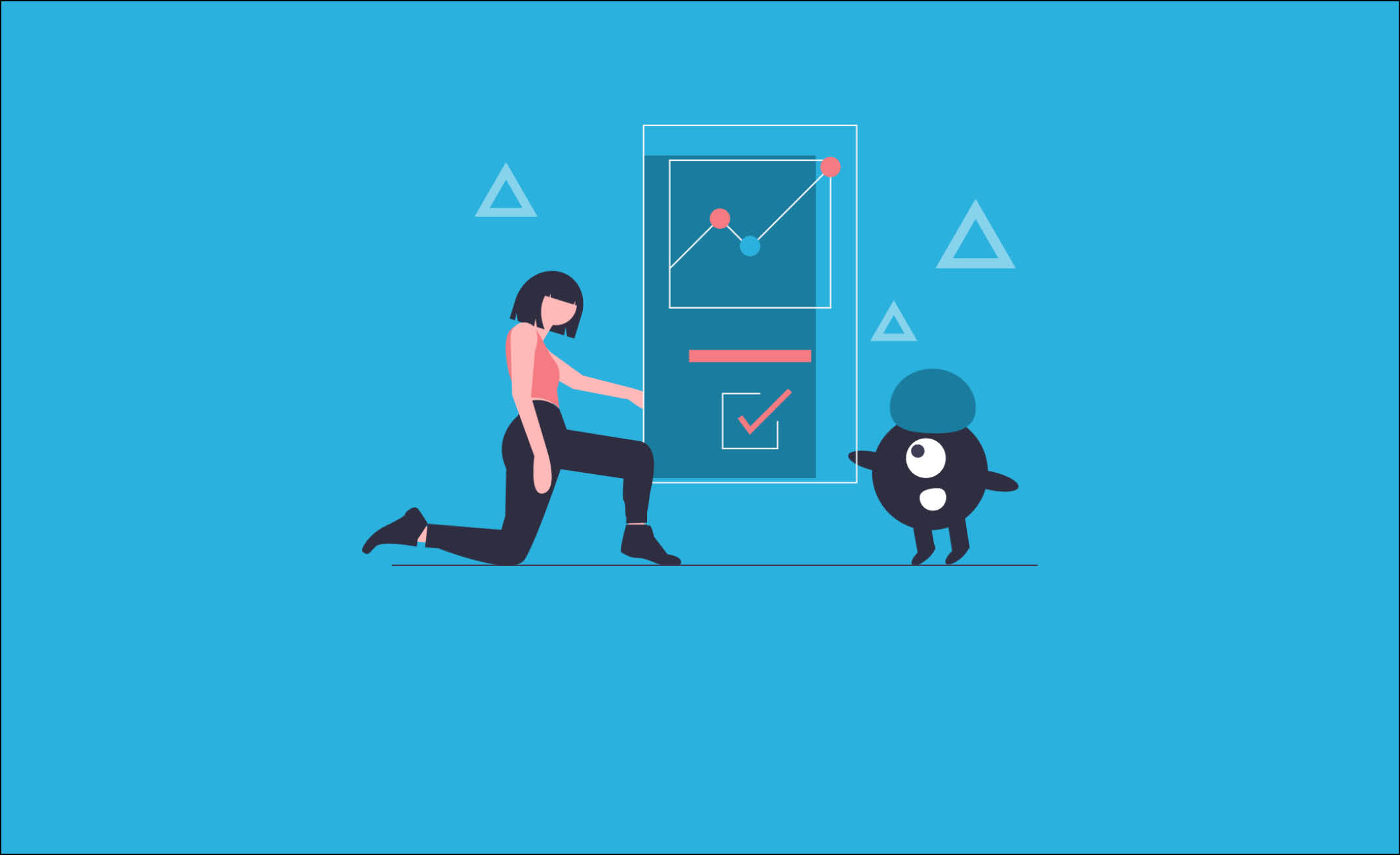 There is still confusion about what artificial intelligence (Ai) ‘IS’ at a time when we ought to be having deeper conversations about what Ai SHOULD BE and everyone in the real estate industry should have access to information to be able to make an informed decision about how they want to incorporate Ai into their business.

Why is that so important? Well, the thing about revolutions (and make no mistake we are deep within Industrial Revolution 4.0,) is that once that revolution occurs, the wheel does not turn back.

Agents should understand the emergent technologies and in full frankness – they aren’t that hard to get your head around but some people enjoy ‘knowing’ things.

WHAT DO YOU MEAN BY ‘ENJOY KNOWING THINGS’?

The Chief Scientist of Australia, Dr. Finkel, said that a big part of the issue for Ai in Australia is that knowledge about what Ai ‘is’ and how it works is concentrated in a tiny group of experts who are in many ways like a priesthood or a cabal. According to Finkel, there are only around 22,000 qualified in Ai to a PhD level, worldwide.

And exactly what this cabal is capable of or what they are doing remains a mystery to most people – partially because the technical language of the experts makes Ai inaccessible to most people who have talents and skills in other areas but also because there are commercial reasons, not to mention reasons of the ego, to protect or manipulate the power of this emergent technology.

A NON-TECHNICAL DEFINITION OF ARTIFICIAL INTELLIGENCE FOR NORMAL PEOPLE:

Ai is the ability for a computer to ‘mimic’ human intelligence.

This is a super-appropriate definition of Ai for normal people because it embraces the idea that machines don’t actually ‘think’ in the way that humans do, but rather, they are programmed to imitate human intelligence.

‘The Imitation Game’ is the biopic about Alan Turing, the man credited as the ‘father’ of Artificial Intelligence. He created ‘Victory’, the first ‘computer’, and it was responsible for cracking the German Enigma code and securing an Allied victory in WWII. Although Ai wasn’t a reality for Turing’s lifetime, it was on the horizon and Turing’ also created the accepted ‘intelligence’ test for computers. (Excellent film – watch it).

In Turing’s view, whether or not a computer COULD  ‘think’ was the wrong question. The test he developed was about imitation: ‘Whether after five minutes a human could not discern whether they were communicating with a human or computer, it could be said to be intelligent’.

That is why our non-technical definition, one that simply contemplates a machine ‘mimicking’ human intelligence is so very good.

SOME OTHER HANDY NON-TECHNICAL DEFINITIONS WHILE WE ARE AT IT:

Automation: Is a goody and worthwhile knowing. Automation is the ability for a computer to act and react to events in its physical and digital environments. This means that the software is not reliant on a human operator pushing buttons or clicking through forms, but rather it can perceive certain ‘trigger’ events (such as receiving an email), which then activatse a sequence of events, automatically…or ‘automagically’ as I like to think of it.

Robots: Strictly speaking, ‘robots’ are intelligent machines with whom we share a physical space – Think iRobot’s Roomba vacuum cleaner. The interaction between human and machines that move in our environment is a phenomenally interesting area of anthropology as it disrupts and plays to some of the biological responses. When we have  small moving things in our environment, our natural response is ‘compassion’ – but how weird is that and what are the rules when it is just a machine? Read anything written by Dr Kate Darling on this topic – she is amazing. Yet we also sometimes talk about software functions as ‘robots’ – even though there is no shaky little metal thing wandering around. ‘Robot’ can sometimes be used to describe Robot Process Automation – which is where we take business process automation and apply it to an artificial intelligence worker.

WHAT DOES ARTIFICIAL INTELLIGENCE HAVE TO DO WITH REAL ESTATE:

The reality is that while Ai is simply a machine that can mimic intelligence, that can be incredibly helpful if you are in the business of intelligence. Real estate agents are knowledge workers – they process information into service, and therefore they are in intelligence.

As real estate agents, we were born in the first industrial revolution; when steam engines powered muscle in factories to be more productive than manual workers in cottages. Those workers moved to cities and their employers could afford to purchase properties and sell them, they rented rooms to workers that needed to be managed. Their trade tool was ‘knowledge’ on how to do that within the bounds of the law and for profit.

Machines, other than vacuum cleaners (seriously get a Roomba,) had very little impact on knowledge workers who dealt with real property. That is until three very important things happened:

And that, in summary, is what Ai ‘does’. It gathers data, it processes it using Ai techniques and it gives you an outcome which it has learned is the ‘best’ outcome – mimicking human intelligence.

All Ai is geared in some way or another to predicting the next best right thing to do – whether that is Netflix trying to predict the movies you will like, McDonald’s trying to predict what food items it could upsell with success, or a real estate agent trying to predict who – from all the people they know – should be contacted in a day to maintain strong relationships or for lead generation.

So just as no one ‘needed’ to put a steam engine in a factory during the industrial revolution, the reality is that those who failed to supplement human workers with the productivity of machine muscle soon found themselves unable to catch up to their competitors.

History repeats itself all the time and so the opportunity exists now to supplement knowledge workers, like real estate agents, with machine intelligence to create the same kind of competitive advantage.

A TECHNICAL DEFINITION OF ARTIFICIAL INTELLIGENCE FOR THOSE WANTING TO NERD OUT (feel free to fast-forward through this if you are a normal person):

For those of you who have an IT exam to ace or who generally enjoy being uppity, the best technical definition for Ai that I have found was taught to me by Professor Patrick Winston, Former Director of the MIT Ai Lab (Now CSAIL).

AI is about the architectures that deploy methods enabled by constraints exposed by representations that support models of thinking, perception and action; as well as learning to do.

It’s a huge mouthful, loaded with $10 words, but when you break it down – it becomes easier to understand.

AI is about the architectures that deploy methods enabled by constraints exposed by representations that support models of thinking, perception and action; as well as learning to do.

The architectures that deploy methods; is about creating the structures and orders that enable the system to operate,

Enabled by constraints exposed by representations; means that there is an understood way of describing something that happens (though representations) of what can and can’t be done by the Ai system.

Models of thinking, perception and action; simply refer to a scientific way of describing how a thing works.

And of course, learning to do; refers to the capability of Ai to improve its own systems whether that is through supervised or unsupervised machine learning processes.

Ignoring the actual definition for a moment, you’ll notice that the definition is very careful not to restrict itself to a particular technique. Throughout its history, and no doubt into its future, Ai has favoured different techniques from an overall collection of Ai tools.

If you want to really nerd out on this stuff, we have written a handy reference called ‘The Everything Guide to Ai In Real Estate’, which you can download HERE.